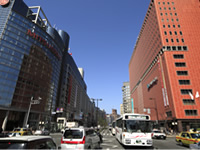 Tenjin is known as the gateway to Asia and is a popular tourist destination.
It has a great climate and developed transport system and accommodation infrastructure, great Japanese food and shopping, entertainment and plenty of services for foreign tourists.
Check these out while you are planning to go to Fukuoka. 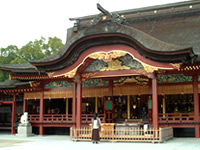 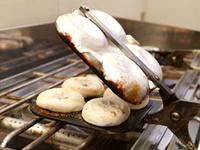 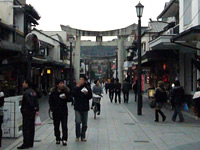 The Tenmangu Shrine in Dazaifu is known as the home of the “Deity of Scholastics” and is dedicated to Sugawara Michizane. Throughout the year examinees flock to the shrine to pray for success in exams. The grounds of the shrine boast over 6,000 ume plum trees which color the shrine when they bloom in late February to early March. There are 197 types of Ume plum trees known as “Ken-bai” and have been donated to the shrine from throughout Japan to the deity Tenjin-sama. 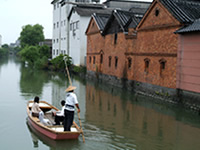 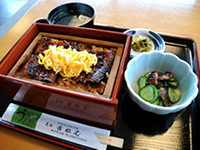 A 45 minute ride on the Nishitetsu Omuta Line from Fukuoka (Tenjin) Station a 60-minute (the shortest time) expressway bus ride from Fukuoka Airport will bring you to the city of canals Yanagawa.
Ride a gondola known as a “donko-bune” along the criss-crossing canals of the city, and enjoy the seasonal flowers and historical buildings as you go. After the boat ride try the local delicacy of the eel dish “Unagino Seiro Mushi”.

45 minutes by Limited Express Train from Nishitetsu Fukuoka (Tenjin) Station. Get off at Nishitetsu Yanagawa Station.

60 minutes by expressway bus from Fukuoka Airport. Get off at Nishitetsu Yanagawa bus stop.